Laugh like a teenager - even when you're 60! - Just For Tummies 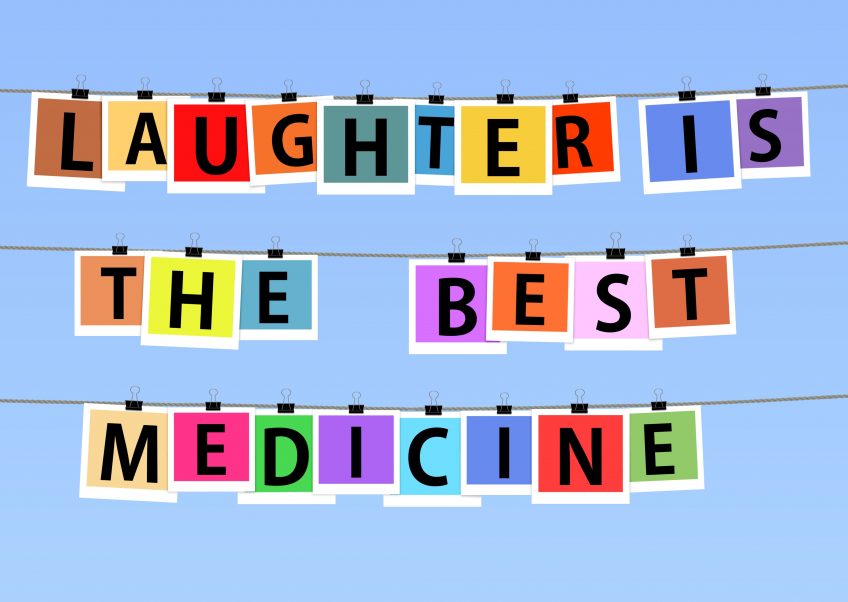 On Tuesday 25th September, it was my husband Kevin’s 60th birthday. My brain is still processing how out of the blue this seems to have happened. We had a wonderful time celebrating this milestone birthday with our son, Colin, and his wife, Anzhelika, by spending a few days in London. We stayed in a beautiful apartment in Notting Hill, and began the celebrations with breakfast at Kevin’s favourite ‘greasy spoon’, Claridge’s!

I met Kevin when I was 16 and he was 17, way back in 1976. It’s unbelievable how quickly time has flown by. When I look at Kevin, to me, he will always be 17. He is getting older, but he has changed very little since the day I met him, both in looks and character. It does scare me, to be honest, that one day, one of us will be without the other, but I try not to dwell too much on that thought.

Not only are we husband and wife, but we are also business partners, and have been for the best part of 25 years. Kevin trained as an osteopath and is now a state and chartered physiotherapist. We work together in our natural health clinic in Nottingham, and he is also my lynchpin at Just For Tummies. He is the one I go to if I have a problem I can’t resolve. He is a very practical and down-to-earth man, who can sort out a problem in very little time with the economy of a few words, removing all the emotion from it – a part I’m not too good at.

He is also extremely kind, young at heart and very funny. We never stop laughing, and we’ve been like that since we were teenagers.

Many people comment on how Kevin doesn’t look his age at all, and I agree. I think his youthful looks are down to his positive mental attitude and the fact that he looks after himself. Oh, he likes a pint of beer and he enjoys a curry, and he’s quite partial to a Jammie Dodger or two!  But for Kevin, age is not about looking younger – it’s about looking and feeling better. He doesn’t dread getting old, and he certainly doesn’t give a moment’s thought to lotions and potions that might make him look younger; for Kevin, life is about staying cognitively and physically active, making time to do the things he loves and enjoying his life to the full. Age may be in Kevin’s mind, but it is most certainly not in his heart!

You’d think being a physiotherapist, Kevin would be keen on going to the gym, but the opposite is true. He loathes gyms. But he is still very proactive about his health. Kevin likes to be outside, walking in the fresh air. He was brought up on a farm and spent all his spare time in the forestry commission woods near to where the farm was. When not in the woods, you’d find him in one of the farm outbuildings tinkering with old motorbikes or building a motorised go-cart. One of my fondest memories of Kevin is him smelling of oil and Swarfega – a special green detergent cleaner that removes engine oil off your hands. I haven’t smelled this in many years, but I wish I had bottled it back then because it is so evocative of Kevin as a younger man.

Like me, Kevin wants to stay fit and healthy, both physically and mentally, into his autumn years and he does this by supporting his digestive system and gut. He fully understands that one of the keys to healthy ageing is looking after his gut. This includes eating a healthy balanced diet, ensuring his immune system is working optimally and that the nutrients from his food are being properly absorbed. He does this by taking a Just For Tummies Live Bacteria capsule before breakfast and one before bed.  He also takes a Just For Tummies Digestive Enzyme tablet before lunch and before dinner. He has followed this protocol for many years; it’s the protocol I often recommend to my clinic patients and my Just For Tummies customers when they ask me what they can do to ensure they stay healthy as they get older, and especially so if they have any digestive/gut issues, a weakened immune system or auto-immune diseases.

Around 80% of our immune system is located in our gut, so you see how important it is to look after this crucial part of the anatomy by ensuring it has a plentiful, consistent amount of beneficial bacteria reducing the risk of pathogenic, disease-causing bacteria getting a foothold, as well providing a protective barrier in the gut, helping to prevent gut inflammation. As we age, our gut bacteria age with us and can become depleted. This is why we need to top them up on a daily basis. Ageing also affects the production of our own digestive enzymes, slowing it down. The Just For Tummies Digestive Enzymes help ensure that molecules of food are properly broken down and digested to make them easily absorbed through the small intestine. If this doesn’t happen, the liver won’t get the nutrients and so won’t be able to transport them to the brain, the heart, the kidneys, joints, muscles, nerves etc.

If you are married, have a partner, or are in a relationship, I hope that you care for and appreciate each other whilst you still can. In the words of the great Jools Holland: “Enjoy yourself, it’s later than you think.” 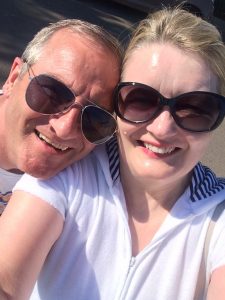