Yes, a Mars bar does split 5 ways … - Just For Tummies 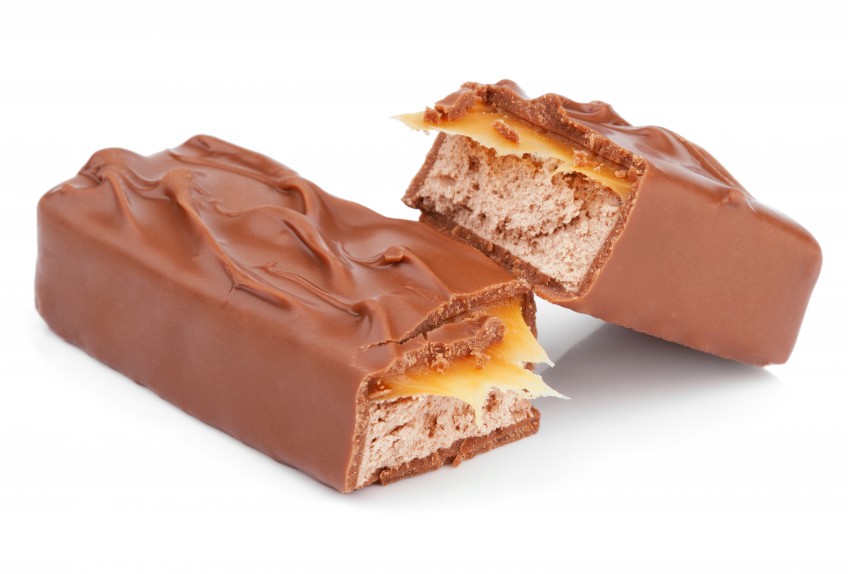 We have an obesity crisis in the western world. Did you know that we Brits are the fattest nation in Europe?  What a terrible reputation to have.  When did it all start to go wrong?  Some would say it was when Wimpy, then McDonald’s and KFC invaded our shores from America.  Others would say it’s since the advent of computers and games consoles – people, especially children, just don’t move as much.  Food critics cite the amount of salt, fat and sugar in processed food, as well as the consumption of large amounts of soft drinks.  One thing is for sure – we have never had such an abundant choice of food ever.  Back in the 1960s and 1970s, when I was at school, I cannot ever recall there being any overweight children.  Obesity seemed to creep in during the 1980s which I suppose correlates to when fast-food outlets arrived and the computer and games consoles appeared.

I remember the first Wimpy opening in my home town. I was 17 and had just started to work at a bank.  Wimpy was so ‘exotic’ to me.  I came from a working class background where money had to stretch a long way.  My dad was a stoker on the steam trains and Mum worked part-time in a factory and looked after three children.  The thought of going out to eat at an American-styled burger bar was incomprehensible.  My treat was pie, peas and gravy at the local snack bar – and delicious it was too. 70p for a meat pie from the butcher next door to the cafe, mushy peas and delicious gravy. I still love a meat pie dinner. I had £1 a week for spending money and I spent it on this meal and a copy of ‘Jackie’ magazine.

I am the eldest of three children, so including my parents, there were five of us.  We had chocolate once a week after Sunday lunch.  Mum would get a Mars bar out of the pantry and proceed to cut it into five pieces.  We each had a piece.  We children didn’t think anything of it.  To us, it was normal. We certainly didn’t expect to get a whole Mars bar to eat to ourselves.  I sometimes remind myself of this when I’m standing at the supermarket check-out, surrounded by all manner of tempting chocolate bars and sweets.  I have to say, I was never very keen on Mars bars though. They are extremely sweet and I certainly could not eat a whole one.  Mum still has one though, every Sunday – a full one to herself.  Go into my mum’s pantry and her shelves are stocked with all manner of tinned and packet food.  She has an excellent well-balanced diet – lots of fresh vegetables, fruits and wholefoods, but she still keeps the pantry stocked up with dry goods.  We sometimes joke that she’s getting ready for World War III.  There is always a selection of crisps and snacks, as well as a big Tupperware box, that is as old as me, full of chocolates and sweets.

There are many children nowadays who rarely hear the word ‘no’. Busy parents, plagued by the number of hours they spend at work away from their children, tend to give in and let their children have whatever they want, whether it be the latest computer game, mobile phone or a constant supply of high sugar sweets, chocolates and fizzy drinks. Children don’t know when enough is enough, so they grow up thinking it’s normal to continuously graze. It is now considered quite normal to eat at least one chocolate bar a day and replace water with a can or bottle of a high sugar drink. It’s little wonder that Type II diabetes is at an all time high in children. When I was growing up, the ‘pop man’ would come once a week in his van and if Mum had enough money, I would get a small bottle of dandelion and burdock or cherryade. We also had the grocer’s van come around once a week, and if I had any pocket money left, I remember walking up the back steps into the van and buying myself a Wagon Wheel biscuit. They came in paper open-ended sleeves in those days and seemed much bigger. We would play hop scotch, skipping rope games, ‘elastics’ and jump up and down the pavement on pogo sticks.

Most of our free time was spent outdoors moving around so it didn’t take long to burn off those sugary calories. We knew that fizzy drinks, biscuits and chocolate were special treats and would never have expected to eat them on a daily basis. Children should not be eating chocolate and sweets every day. Something equivalent to a fifth of a Mars bar is more than enough to give them a taste of the chocolate without them bingeing, feeling sick and doing all kinds of untold damage to their health. Sometimes saying ‘no’ to your child is the best thing for their health and wellbeing.   They may not like it, but you are the parent – you are in control. So, in the name of digestive and overall health and wellbeing, let’s all start slicing up  those Mars bars!

Do you and your family consume more sugar-laden treats than you did as a child?  Do you have ‘treat days’ or are chocolates and sweets eaten whenever you fancy them?