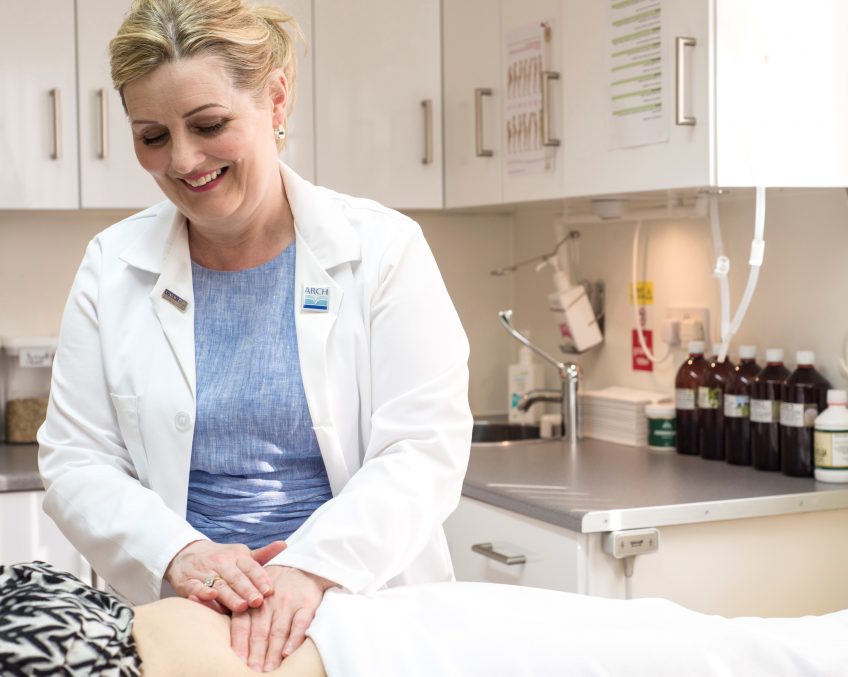 How and why we need to stop urinary tract infections (UTIs)

A bit about me first …

I am Linda Booth, founder of Just For Tummies.  I have been a complementary health practitioner for over 26 years, running my successful IBS, Digestive Health & Gut Disorders clinic in Nottingham and, to date, I have carried out over 70,000 consultations and treatments.

My years of clinical practice have shown me first-hand just how many people are struggling with digestive and gut disorders, and it was my desire to reach out and help as many of these people as I could that drove me to set up my Just For Tummies business in 2015.  I developed my own range of digestive health supplements including, what has become known as the ‘flagship’ product, my Live Bacteria multi-strain probiotic capsules.  All my supplements are made in the UK, are dairy- and gluten-free and are vegan, with the exception of my super-high-strength Omega 3 fish oil capsules.

I developed and added my For Women supplement to the range in 2017 – you can read more about why I felt a strong desire to do this below. If you are a woman suffering with recurring UTIs, or perhaps you have a family member, friend or work colleague who is suffering, I would urge you to read this.

The story behind my ‘For Women’ live bacteria supplement 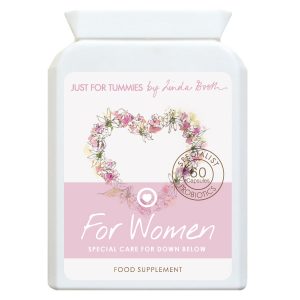 Some time ago, a lady visited my clinic having been referred to me by her gastroenterologist for a colon hydrotherapy procedure.  She was very badly constipated; she had tried different laxatives, stool softeners, motility drugs and enemas, but nothing was helping to empty her bowel and relieve her of the pain. She was slowly being poisoned to death by her bowel wastes, and was at risk of developing a bowel rupture and sepsis.

When the bowel gets as impacted as this, very often a procedure called manual bowel evacuation is carried out, usually under anaesthetic, where the faeces are manually pulled out of the rectum, which is irrigated with water at the same time.  It’s a risky procedure in terms of infection.  In the case of my patient, this procedure couldn’t be carried out because she was antibiotic-resistant; if she had got an infection following the evacuation, there would have been no antibiotics to kill the bacteria causing the infection, thus risking death.  She was stuck between a rock and a hard place – if the stool couldn’t be removed, she could die from sepsis; if she underwent the manual bowel evacuation, she could again die from sepsis due to the high risk of infection.  And so she was referred to me for colon hydrotherapy.  The colonic treatment was very successful and gave her great relief.

Now I am the first person to recognise that antibiotics, designed to fight infections, have been one of the greatest medical advances of the past 100 years. But with so many experts warning us that we are entering a ‘post-antibiotic’ era, where drug-resistant superbugs threaten our health and economy, it has become more important than ever to evaluate our behaviour around how we use antibiotics. It is an issue that has troubled me for a long time. When this particular lady came to me, I couldn’t let it go. I had already developed my Just For Tummies range of supplements for digestive and gut health, but I felt a strong pull to add a ‘women-specific’ product to the line.  Over the years, I have treated hundreds of women who struggle with recurring UTIs. First-line conventional treatment for a UTI is a course of antibiotics, however, in many cases bacteria have become antibiotic-resistant so recurring infections are now a common concern, and as a result, women end up taking antibiotics every day as a matter of course.  These broad-spectrum antibiotics wipe out all their ‘friendly’ gut bacteria, giving rise to a severely compromised immune system and digestive health disorders, not to mention never getting to the root cause of the UTI.

I have long thought it’s absolute madness that the health service does not consider offering probiotics for UTIs, to help seal the urinary organs and protect them from the E.coli bacteria finding attachment points. If we don’t have a thick layer of protective bacteria coating our bladder etc., then the E.coli can maximise this and ‘hook’ into the tissue walls, where they can begin to cause inflammation and infection. If we have a thick protective coating of beneficial For Women bacteria, it is more likely that the E.coli will just get washed out when we pee.

So rather than stew over the matter any further, and much to the surprise of my family, friends and business colleagues, I decided to develop my own ‘For Women’ probiotic capsules. The formula contains Lactobacillus Rhamnosus and Lactobacillus Reuteri that, in studies, have been found to reduce the risk of UTIs .

I also ensured my ‘For Women’ probiotic capsules were vegan, dairy and gluten free and don’t contain any artificial fillers, binders and bulking agents whatsoever.  When the body is in a state of flux and inflammation, the last thing it needs is more synthetic substances to try and break down and eliminate.

As women age, their beneficial bacteria age with them, and the fewer bacteria we have in our bladder and urinary system in general, the more susceptible to UTIs we can become, which is why I recommend that women over 50 take one of my ‘For Women’ capsules daily before meals.  Taking ‘For Women’ probiotic capsules daily may help reduce the risk of getting UTIs by ‘crowding out’ pathogenic strains of disease-causing bacteria and providing a protective coating of beneficial bacteria.

I hope that in developing this alternative therapy for mild infections, it will go some way towards slowing the spread of antibiotic resistance, thereby preserving the drugs’ effectiveness for treatment of severe infections

“I have been taking Just For Tummies ‘For Women’ capsules for around 4 months, and have had no UTI or kidney problems during this time – they are fabulous and I would definitely recommend them!” Suzanne Airey

What is a UTI?

A urinary tract infection (UTI) is an infection in any part of the urinary system.

Approximately 80-90% of UTIs are caused by Escherichia coli (E. coli) bacteria, a bacteria commonly found in the bowel.  UTIs are more common in women than men, due to anatomical differences.  E.coli doesn’t have far to travel from the anus to the urethra of a woman, and from there up the urethra, into the bladder, ureters and kidneys.

Tips to help reduce the risk

Take a course of my Live Bacteria capsules after a course of antibiotics to replenish and repopulate levels of ‘friendly’ bacteria that the antibiotics may have killed off. Take one capsule twice daily before meals for one month