Mums can't give what they don't have - Just For Tummies 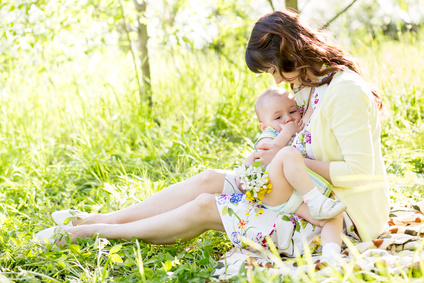 We all know the importance of giving a baby the best start in life and that begins by having a vaginal birth as opposed to by cesarean if possible, and breastfeeding instead of bottle feeding, again if possible.

But all this depends on the state of the mother’s gut microbiome. By the time a woman has her first baby, it’s possible that she’s had anywhere from 15 to 18 courses of antibiotics over the course of her life.  These could have been antibiotics to treat ear and throat infections as a youngster, or for UTIs, teenage acne and so on.  Such a history of taking broad-spectrum antibiotics is going to have a devastating impact on a woman’s gut bacteria, potentially causing an imbalance and dysbiosis (an imbalance of microbial colonies in the body, particularly the digestive tract).  As such, even if the baby is born the preferred way, vaginally, it may be picking up the dysbiotic flora from its mother’s birth canal.

Antibiotic history may also have an impact on the quality of the mother’s breast milk.  Around 85% of breast milk is used by the baby as energy to grow, the rest to prime its developing gut flora.  If breast milk is of poor quality, then the baby is not getting what it needs to thrive; in such cases, a baby probiotic may help support the developing digestive system and gut.

I would recommend to any woman who suffers with (or has a history of) a digestive or gut issue like IBS, and is trying to get pregnant, to begin taking a multi-strain probiotic that contains lactobacilli and bifidi strains.  Furthermore, when the baby has been born, get a suitable baby probiotic and give it to your baby, either mixed into formula milk or put directly on the nipple for the baby to suckle on, (or, if it’s not convenient to put it on the nipple, use one of your fingers and let the baby suck it off.)

The first microbes that babies are exposed to when born by cesarean are the microbes in the delivery room – microbes from the nurses’ uniforms and any other opportunistic ‘unfriendly’ microbes that may be on the bedding etc. In America, an experiment was carried out whereby the post-delivery birthing fluids were put into a sterilised glass container and then a sterile gauze pads soaked in this fluid was wiped over the baby, around its nose and mouth in the belief that this would at least give the baby some protection and pass on some of the lactobacilli bacteria. Alas, the outcome showed that this didn’t make much difference and the babies, like many cesarean and bottle-fed babies, had more doctor visits (and so antibiotics) due to infections, were more prone to developing eczema and asthma than babies who were born vaginally. There is also the risk with this kind of vaginal ‘seeding’ that certain unsavoury microbes that cause sexually transmitted diseases like Gonorrhoea, Chlamydia and Herpes may be passed on as well as Group B Streptococcus, which can lead to a baby’s death.  It’s simply not worth the risk in my opinion. 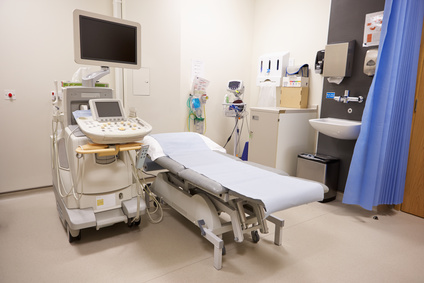 A typical delivery room in hospital.  It may not be as clean and microbe free as it looks

I fully appreciate that for health reasons, some women cannot deliver their babies vaginally and/or cannot breastfeed, but at least they have access to probiotics that can help support both their own digestive system and that of their baby, not to mention the benefits to general health and wellbeing that the probiotics have to offer.

In a nutshell, giving a baby as much exposure to beneficial bacteria as you can before birth (with Mum taking a daily multi-strain probiotic and eating fermented foods) and then after birth (with both Mum and baby taking probiotics) will ensure proper colonisation of gut flora and build a good strong immune system, setting them up for a happy, healthy childhood.  After all, we all want our children to thrive.