I have been a member of the Association of Registered Colon Hydrotherapists (ARCH) since 2005.  In 2006, I was asked to join the Committee and went on to become Vice Chair two years later.

One of my main duties as Vice Chair was to organise the ARCH annual conference, which I did for six consecutive years. This was a huge but enjoyable task that involved the coordination of speakers, exhibitors, accommodation, and food among other things.

I left the Committee in 2015 to focus on setting up my Just For Tummies business but I am still very much involved with ARCH, albeit in a more advisory capacity.  Members of the current Committee and many of my fellow ARCH members contact me for advice about business, colonic treatments (when and when not to administer etc) and any other questions they may have about digestive/gut healing protocols.

I also try to attend as many of the ARCH events as I can.  In addition to the fantastic annual conference, ARCH also organise a very interesting selection of CPD opportunities, mainly around the digestive system and the gut.  I attended one of these events earlier this month – a day at Guy’s Hopsital in London, which goes by the intriguing name ‘Digestive Tract Dissected’ – an absolute must for someone like me, an enthusiastic advocate of dissection and similar kinds of hands-on learning experiences. 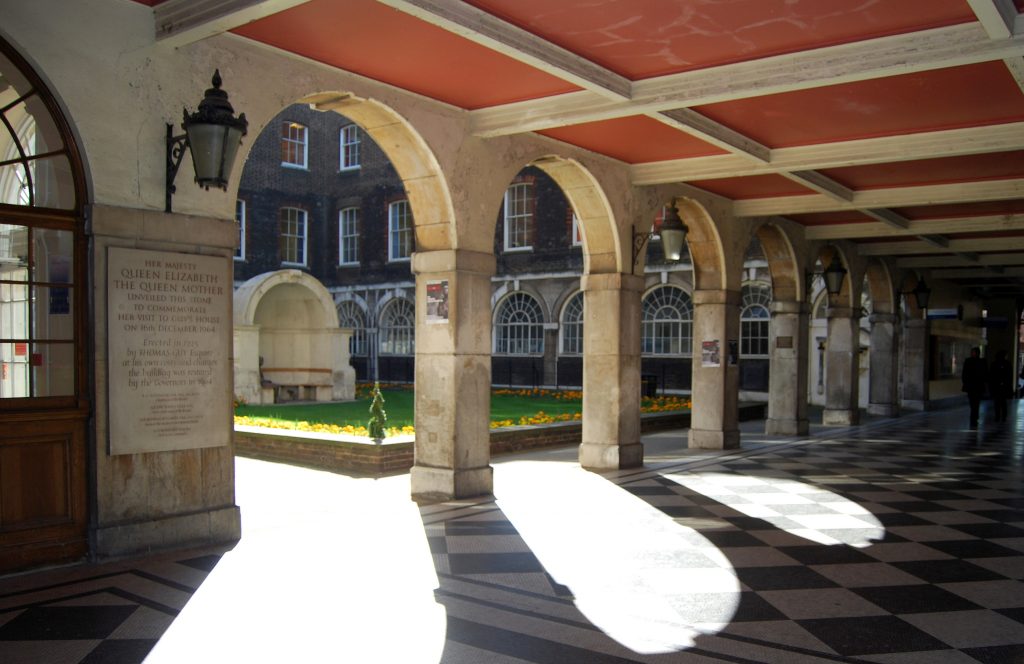 Accompanied by 13 fellow colon hydrotherapists, the day began with a fascinating lecture on the workings of the innards to get us all in the mood for the next item on the agenda – a session in one of the dissection rooms!

The dissection room was quite large, with around 30 stainless steel covered gurneys, each one with a body lying on it.  The bodies were those of elderly people (young people tend not to think about donating their bodies for medical research/science), with the sex (M/F), age and cause of death written on the gurney.  Their faces were covered up by a piece of cream gauze, and most of the bodies had been opened from gullet to pubic bone by the medical students.  It was fascinating to actually see inside, to observe how all the organs are beautifully arranged and packed together, almost like a jigsaw puzzle.  We donned gowns and masks, and put on nitrile gloves so that we could handle the innards.  I loved the opportunity to examine the intestines, all 23ft or so of them. It surprised me how strong they were, even in someone quite elderly (late 80s, early 90s in most cases).  There was no blood because all the bodies had been embalmed, but there was an odour of embalming fluid in the room that, after a while, got to the back of the throat and left us all with a bit of a headache.

After lunch, we went into the Gordon Museum at Guy’s to look at the hundreds and hundreds of glass jars, each containing a different body part.  Of particular interest to me was a set of three sections of the trachea from victims of choking. One was a baby’s trachea with the button it choked on still in situ, the other was one of a toddler with the marble still in situ, and the third of one of an adult with the pickled onion that he choked on at a New Year’s Eve party still lodged in the trachea. Fascinating stuff.

We all came away with a better insight into where all the bits that we talk about in our professional capacity as colon hydrotherapists fit together.  Palpating the abdominal area is all well and good, but when you have handled the organs that lie under the flesh and muscle, your awareness is significantly heightened.

It made me appreciate more than ever how knowledge and understanding comes from serious study of real human beings and real data.  Looking at a dissection confirms the thousands of details we have learned over the years, things such as the presence of blood vessels entering and leaving the small intestine to carry nutrients to the liver. The learning that comes from this kind of hands-on experience is qualitatively different from the learning that comes from books and lectures.  No illustration, no model, no video clip can duplicate the fascination, the sense of discovery, wonder and sometimes awe that can occur when we are able to handle real structures in real specimens.