What's the difference between a food allergy and a food intolerance. - 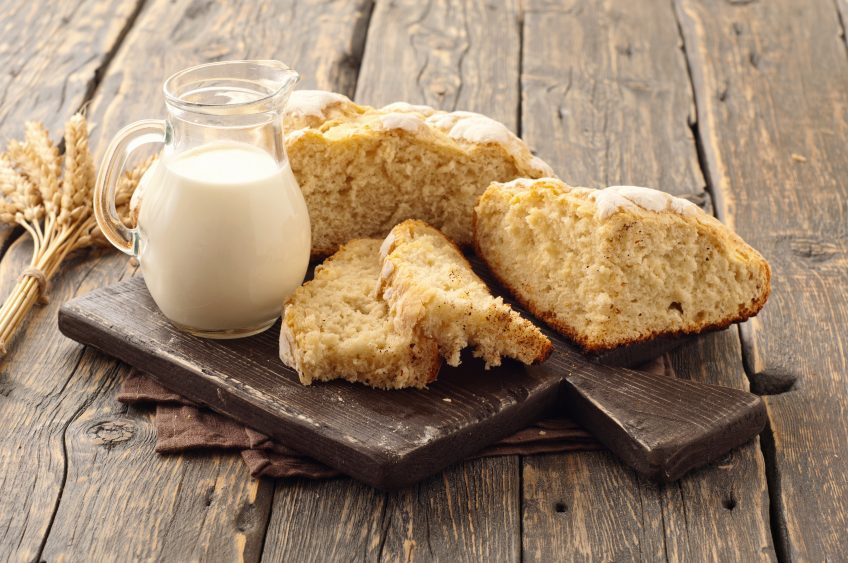 Do you know the difference between a food sensitivity – as in an allergy to a certain food – and a food intolerance?

Physical reactions to certain foods are common, but what are the causes?  It can be confusing trying to pinpoint whether the bloated stomach you get after eating bread or the diarrhoea you experience after drinking milk is down to a food intolerance or a food allergy, particularly since they share similar symptoms.

A true food allergy causes an immune system reaction that affects numerous organs in the body. It can cause a range of symptoms, and in some cases, an allergic food reaction can be severe or life-threatening.

Symptoms outside of the digestive tract, include:

Lactose maldigestion
Fructose intolerance
Fructose malabsorption
Caffeine intolerance
Intolerance to certain fermentable carbohydrates (FODMAP foods), e.g. bread made with flour containing gluten, dairy products that contain lactose, beans, lentils, and some vegetables, including those from the onion family – garlic and leeks, and the brassicas, including cauliflower, broccoli and Brussel sprouts.

35% of people report having a food allergy, when in actual fact, it may be a food intolerance. They can experience quite distressing symptoms making them think they must have an allergy.

If you have developed any of the above symptoms, your first port of call is your GP so that you can get an accurate diagnosis, especially when it comes to Coeliac disease. Coeliac disease is becoming increasingly more common – it is caused by an adverse reaction to gluten, a protein found in wheat, barley and rye. The small intestine becomes inflamed and unable to absorb nutrients. I’ve known many people to display the symptoms and to eventually pay a visit to their GP and test positive for Coeliac disease, and then symptoms dramatically improve when they follow a gluten-free diet. When it comes to Coeliac disease, it’s important to get a correct diagnosis as soon as possible to minimise the damage to the villi in the small intestine; the damage is caused by the immune system’s reaction to the gluten – the immune system quite literally attacks the lining of the small intestine and this can eventually lead to the body becoming malnourished, no matter how much food is eaten because nutrients cannot be absorbed. The villi play a critical role in absorbing nutrients from your food and other substances such as drugs. If they become damaged through Coeliac disease, I would most certainly recommend taking Digestive Enzymes before food, as the small intestine will need all the help it can get.

Similarly, I’ve known food intolerances to improve when replenishing the intestines with ‘friendly’ species of live bacteria.  If you’ve had antibiotics, antacids or a gut infection, and you have developed food intolerances since then, more than likely it will be due to the fact that you are deficient in key species of bacteria that are needed to properly break down and digest your food.

It’s interesting, don’t you think, the correlation between the explosion in food intolerances and the rise and rise, at least over the past 30 years, in the use of antibiotics?  Methinks there is most definitely a connection. A change or decrease in gut bacteria can alter the breakdown of food components in the gut. Changes in gut bacteria can alter the immune system and how the immune system responds when it’s exposed to a certain food.

By simply rebalancing the gut with lactobacilli bacteria to support the immune system, remembering that around 80% of our immune cells are produced in the gut, and support the efficient breakdown of food, we will surely see a reduction in food intolerances.

Since the 1990s, a mammoth ‘free-from’ industry has been developed to cater for the millions of people who have food intolerances, yet in many cases, all they need to do is get some ‘friendly’ bacteria back into their intestines, and they can begin eating normally again.  It must bring such misery having to exclude different food groups, not to mention it being downright unhealthy!

The food industry, God love ’em…they soon know when to latch onto a ‘cash-cow’ and the growing ‘free-from’ aisles in supermarkets are testament to this.

Here’s a pretty staggering statistic: did you know that in 2017, with so many Brits dodging dairy and going off gluten and grains at a growing rate, we forked out an extra £230m on free-from food and drink – a rise of more than 40% in one year!

Back in 1995 when I was buying books off Amazon, I remember thinking how it would serve me well to buy a few shares, but I never did.  I should have done the same with the free-from manufacturers … I would be sailing down the Oxford Canal on my shiny new 72ft all singing, all dancing narrowboat by now. I guess I’m always late to the party!