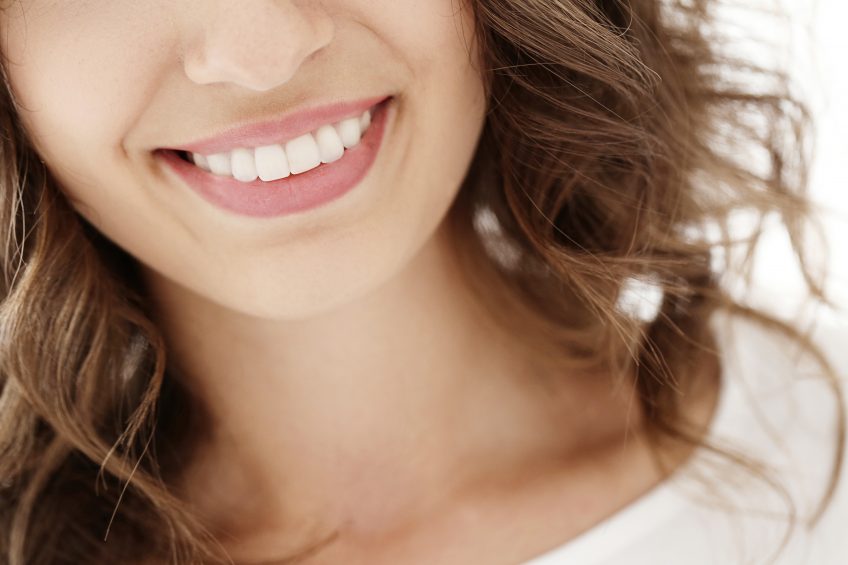 Why you need to use a dental ‘dam’ if you have IBS or IBD.  I was in my clinic last week, carrying out colon hydrotherapy treatments on people of all ages, both sexes and from all walks of life, but with very similar symptoms mainly bloating, abdominal pain and constipation.

One of my patients, a man of 42 years of age, let’s call him John (not his real name), comes to se e me about twice a year for colon hydrotherapy, in January and July. John was diagnosed with IBS over 12 years ago after a severe bout of food poisoning following a holiday to Thailand. However, this is now under control with a combination of grain-free diet, colon hydrotherapy, live bacteria probiotics and charcoal, so much so that he can work, and lead a relatively normal life. This was something he could not do previously due to bloating, abdominal cramps and sudden urgency for the loo, severely curtailing his work and social life, due to embarrassment and the fact that there isn’t always a loo on hand when you need one – urgently.

When he came to my clinic last week, he looked ill. He skin was grey, eyes sunken in their sockets, and his whole demeanor was one of ‘I’m totally fed up!’ When I questioned him further, it transpired that he was having a particularly nasty flare-up of his IBS, and this had been going on since the beginning of December. Now it does have to be said that in January I get lots of IBS people contacting me complaining of a flare-up of their IBS symptoms, but this is usually due to over-eating and drinking too much alcohol over the Christmas period.

Not so in John’s case.  His flare-up happened before Christmas and he simply could not think what he had done differently to cause it.  When he was on the couch and I was carrying out the colonic treatment, I couldn’t help but notice that he’d had some dental work done. I’ve known John a long time, and something as obvious as new teeth, I’m going to spot. When I questioned John about his new pearly whites he said that at the beginning of December he went to see his dentist and had a marathon 2 hour dental procedure to remove some old porcelain veneers and have new ones replaced.  I asked if his dentist had used a dental ‘dam’, but John didn’t know what I was talking about. That’s not surprising though because when I do talk about dental procedures and the importance of having a dental ‘dam’ fitted, I get blank looks from most people. 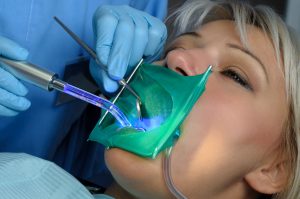 Dentist at work with patient, using a dental dam to stop plaque, bacteria and any other dental debris being swallowed by patient, during treatment

As you can probably imagine, a 2 hour dental procedure, involving the removal and replacement veneers is going to produce a lot of gunk in the mouth, especially dental plaque, bacteria and other dental debris. The dental assistant will do her best to aspirate saliva, plaque and bacteria to prevent it being swallowed, but she will not be able to aspirate it all, and some of it does get swallowed. We’ve all been to the dentist so you know what I’m talking about. They give you the pink solution at the end of your appointment so that you can rinse out your mouth.

Imagine then what this dental bacteria does when it gets into the stomach and the gut. The gut immune system will set up an alert – “systems alert – dental plaque and bacteria on it’s way – exterminate”, and the gut usually does a good job of destroying it. You get my drift, but what happens when a person already has a compromised gut, as in cases of irritable bowel syndrome and inflammatory bowel disease.  The bacterial overload that the dental procedure will have produced will be too much for the gut to handle, and this can cause irritation and inflammation, which is exactly what has happened in John’s case. He’s had an IBS flare-up simply because his dentist didn’t fit a dental ‘dam’.  I can assure you though that when John next visits his dentist, what will he ask for before the dentist begins his work – yes a ‘dam’.

If you have any chronic digestive or gut disorder, and you are having major dental work undertaken, insist that your dentist fits a ‘dam’ first.