Can Helicobacter pylori (H.pylori) cause IBS? - Just For Tummies 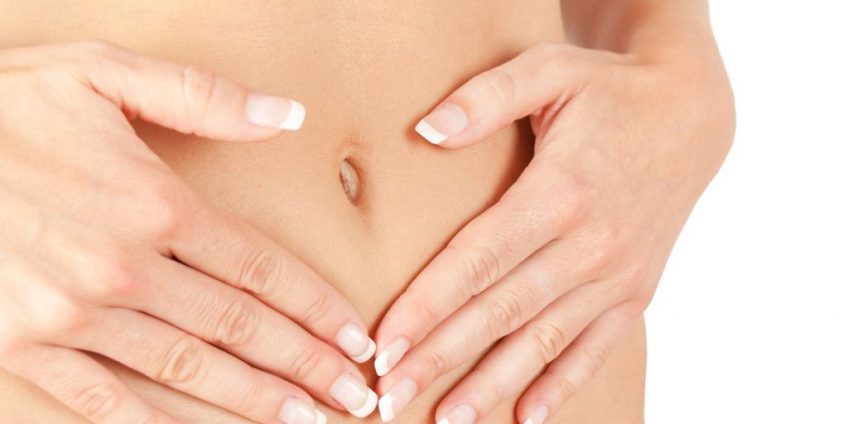 Helicobacter pylori (H.pylori) is a common bacterium that can inhabit the stomach and has the ability to actually burrow deep into the lining of the stomach where it can begin to affect the production of stomach acid and cause acid reflux, as well as increase the risk of an ulcer.

About 40% of people in the UK have H.pylori and, in the majority of people who have it, it doesn’t cause any problems. However, just like any bacteria, there are different strains of H.pylori, some more virulent than others, and it is these more virulent strains that can increase the risk of stomach and duodenal cancers.

About 15% of people with the condition get ulcers either in their stomach or in their duodenum. A typical symptom of an ulcer is abdominal pain affected by eating, either made worse or improved. They are usually experienced by those who are under severe or prolonged stress, who drink alcohol, who smoke and who are known to have H.pylori. However, it needs to be borne in mind that non-steroidal anti-inflammatory drugs (NSAIDs) and aspirin are implicated in ulcers.

Occasionally, ulcers become much more serious as they can bleed or even burst, which happens if the ulcer penetrates deep enough into the stomach lining to make a hole. People with ulcers should, therefore, be checked for H.pylori, and if positive, be treated with the aim of getting rid of this bacterium.

“The two most important factors contributing to the development of ulcers are H.pylori and the use of NSAIDs”

If you want to read the story on how H. pylori was discovered, you can do so here.

Why I chose to write about H.pylori

I’ve wanted to write a blog post about H.pylori for quite some time now because, over the years, I have received so many enquiries from people who suffer with typical IBS symptoms of trapped painful gas, uncomfortable bloating and irregular bowel movements.

You may ask yourself, ‘what has H.pylori got to do with IBS?’

Well, the answer is quite a lot actually. When I delve a bit deeper into a patient’s history, it transpires that many of them were diagnosed with H. pylori and were given a prescription from their GP for eradication therapy. This consists of two antibiotics and a powerful antacid, sometimes called a proton pump inhibitor (PPI).

However, what must be borne in mind is the fact that antibiotics will not only be extremely effective at ‘nuking’ the H.pylori bugs, but also your friendly gut bugs. That’s the very bugs that help to properly digest your food, absorb nutrients, manufacture crucial vitamins and hormones – including serotonin to help prevent depression – as well as help ‘crowd out’ pathogenic strains of bacteria, fungi and yeasts. In turn, this ensures you have a well-functioning immune system and reduces your risk of bowel infections and bowel cancer.

Let me be honest here – as I write this, I am quietly fuming at the medical ‘powers that be’, who know exactly what collateral damage antibiotics do to friendly gut bacteria – not forgetting the friendly bacteria in your urinary system, including your bladder, your lungs and the bacteria that live on your skin – and how antibiotic use can increase the risk of developing IBS type symptoms, not to mention cystitis and skin issues. They know that gut dysbiosis, a term used to describe an imbalance in friendly gut bacteria, usually caused by multiple courses of antibiotics, puts people more at risk of developing the aforementioned symptoms, as well as increasing the risk of developing an auto-immune disease, yet they chose not to inform people of this when they have to take a course of antibiotics.  It’s infuriating (and that’s putting it very mildly!)

The infections are thought to spread from one person’s mouth to another. They may also be transferred from faeces to the mouth. This can happen when a person does not wash their hands thoroughly after going to the toilet. H.pylori can also spread through contact with contaminated water or food.

What are the symptoms of an H.pylori infection?

Symptoms of H. pylori infections include:

See your doctor immediately if you experience:

How is H.pylori treated?

You will normally need to take a combination of two different antibiotics, together with a strong antacid that reduces your stomach acid. Lowering stomach acid helps the antibiotics work more effectively at killing the H.pylori.

After treatment, you will have a follow-up test for H.pylori. In most cases, only one round of antibiotics and antacid is needed to clear the infection, but you might need to take more, using different, stronger drugs.  When you have the follow-up test, it needs to be a urea breath test or a stool antigen test, not a blood test.  Blood tests for H.pylori may show as positive for many years, due to the presence of H.pylori antibodies in your blood.

After-effects of the eradication therapy

The way we get rid of H.pylori can cause even more problems. H.pylori is eradicated, but the heavy-duty antibiotics and PPI come with their own side effects, including more acid reflux and heartburn, more bloating, pain and irregular bowel movements.

I strongly advise anyone who has had to take eradication therapy drugs to kill H.pylori, to begin taking live bacteria capsules as soon as they finish the course of medication. Take one twice daily before meals to help replenish and recolonise the gut with friendly strains of bacteria, helping to support digestive and gut health, and prevent IBS type symptoms.

I get so many wonderful emails and messages from people who simply could not understand why they were still suffering after H. pylori eradication therapy, only to find, after taking live bacteria probiotic capsules, that their symptoms began to improve.  You can learn more about live bacteria here, and read some of the reviews on my own Just For Tummies Live Bacteria capsules.

How to manage any ongoing problems

You can view the full range of Just For Tummies supplements here:

‘When I contacted Linda, I was suffering with severe bloating and an upset stomach after eradication therapy for H.pylori.  Linda was quick to reply with very helpful advice.  I’ve been taking her Live Bacteria probiotics and Digestive Enzymes for two months now, and the pain and bloating have gone.  Thank you Linda – you are amazing!  I am forever grateful for your help.’

Download my Acid Reflux/Heartburn Fact Sheet by clicking the image below:

Download my Bloating Brochure by clicking the image below:

These free fact sheets provide lots of information, including dietary, lifestyle and supplement strategies to help you.