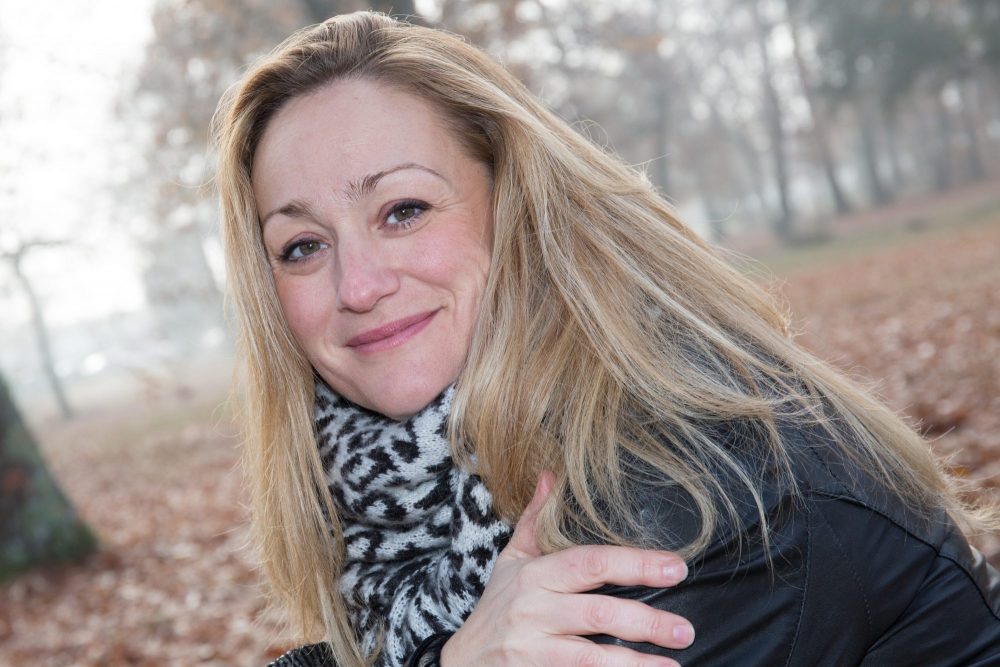 I may have over 26 years of experience as a natural health practitioner, but I am still as touched now as I was when I first set up my practice by the stories that my patients share with me.  Nothing gives me greater pleasure than being able to offer help and advice so that people can better manage their digestive health and gut disorders, and in many cases reclaim their lives.

Over the years, I have met so many people who have reached a point where they believe that their lives will forever be defined by their symptoms, with little or no hope of ever returning to ‘normal’. I am a firm believer that there is a solution behind every problem, no matter how big or small.  That’s why I set up my Just For Tummies business – to broaden the reach and offer help to as many people as I can.

I was recently contacted by a lady called Kathryn, whose story I would like to share with you as it is a perfect illustration of how more often than not, the simple solutions are the best.

Kathryn first emailed me in October, having been recently diagnosed with an inflammatory bowel disorder that was possibly colitis, possibly Crohn’s – nobody seemed to be able tell her for certain. Two colonoscopies had shown inflammation in some areas of her bowel and she had been prescribed Pentasa – sometimes known as Mesalazine, an anti-inflammatory drug used to treat inflammatory bowel disease, including ulcerative colitis, Crohn’s and proctitis. Side effects include diarrhea, headaches, nausea, vomiting, stomach pain, chest pain, yellowing of the eyes and skin and kidney problems.

Her symptoms had varied in intensity for about 6 months, and included bloating, stomach cramps, and diarrhoea – sometimes with bleeding. She was concerned that it might be bowel cancer, but the colonoscopies showed no signs. That said, Kathryn’s life had been turned upside down – socialising, going to work being particularly difficult for her, as she was now frightened to be away from the bathroom.

She was also at a loss as to know what to eat. Having tried a variety of eating plans, including cutting out dairy and gluten, she couldn’t pinpoint whether her diet was affecting her condition.  She summed it up very well by saying, ‘I feel in a permanent state of one step forward, two steps back’.

Kathryn is a person who has enjoyed good health for many years. She cooks from scratch most days, she doesn’t eat a lot of processed food, she drinks very moderately and she hasn’t smoked for 30 years.  She is slightly overweight but doesn’t feel as though her lifestyle is stressful and, until this year, she had never really had cause to visit the doctor.

I advised her to eat what she would normally, but cut out any animal meats for the next 30 days.  I did recommend she eat oily fish though, as the essential fatty acids it contains are natural anti-inflammatories for the gut.

I also recommended my 30-day Perfect Balance Kit. It’s a kit I put together to help to heal and repair the digestive system and gut. It contains four of my supplements, including Live Bacteria probiotics, Digestive Enzymes, Omega 3 fish oil, and Garlic.

In addition, I recommended a Vitamin C supplement, in liposomal form, as adequate Vitamin C is crucial for healing and repairing tissues. Vitamin C sachets are an excellent way of taking high doses of Vitamin C without it upsetting your tum and giving you diarrhoea.

Kathryn was thrilled to receive this advice and told me that I was the first person to offer any practical help in 6 months! Her doctor had mentioned the possibility of moving onto steroid medication if there was a deterioration in her condition, but she didn’t want to go down that route, particularly since she has enjoyed such good health until now and is very unused to taking any kind of medication.  Having natural options to try felt more aligned with her approach to her health, so she ordered the Perfect Balance Kit and followed my advice regarding what to eat.

I next heard from Kathryn when she was on Day 8 of the 30-day plan. She had already noticed some definite improvements: the griping tummy pains that usually preceded a bout of diarrhoea had almost gone, the diarrhoea itself was slowly lessening, and becoming more solid, and there was hardly any bleeding.  Kathryn had been sticking rigidly to the dietary advice and reported that she felt a lot better; she was cautiously optimistic about the remaining days on the plan.

I was touched by her words:

“When I first emailed you, I had almost given up hope of ever feeling ‘normal’ again – you were so kind, and you made me believe that it could indeed be possible.”

I was thrilled to hear that Kathryn had experienced further positive effects when she contacted me at the end of the 30-day plan. Her diarrhoea and tummy pain is now almost non-existent, with only very occasional bleeding. The improvements in her symptoms have given her an enormous boost in self-esteem and she is looking forward to resuming a more active social life.

Kathryn was very keen to learn about which supplements had played a key role in getting her back on track, and asked me how she should continue to support her gut health moving forward. I recommended the Perfect Balance Kit again, this time  reducing the number of daily supplements she was taking from two of each to just one of each daily.

There is a huge amount of research and countless articles supporting the use of certain species of live bacteria, enzymes, garlic and omega 3 fish oil in reducing inflammation in the digestive system and gut.  If our intestines are deficient in certain species of beneficial bacteria, they are more at risk of becoming irritated, inflamed and ulcerated. However, diet is also extremely important in the successful management of inflammatory bowel disease, and Kathryn has downloaded my gluten-free, dairy-free and refined sugar-free recipes. If the bowel tissues are not receiving the right kind of nourishment from food, the tissues can die and this can cause blockages, ending in surgery and stomas.

All members of my family take my Just For Tummies supplements, certainly the Live Bacteria, the Digestive Enzymes, as and when needed, and most definitely the Omega 3 fish oil capsules. We drink the Tummy Tea on a daily basis and take a Milk Thistle tablet before and after drinking alcohol, as well as having periodic colon hydrotherapy treatments.  We don’t suffer with any digestive or bowel issues, and long may that continue.

There’s nothing more rewarding than hearing this kind of story – now Kathryn has hope for a long, happy and productive life.